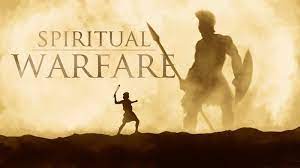 12 For we wrestle not against flesh and blood,

against the rulers of the darkness of this world,

against spiritual wickedness in high places.

Do you know the enemy that induces addiction?

Are you aware of him?

Have you seen him?

Do you believe he exists?

Do you know how he influences you?

First, a backgrounder on the SPIRIT world:

GOD is a SPIRIT.

and they that worship him

must worship him in spirit and in truth.

14 Are they not all ministering spirits,

sent forth to minister for them

who shall be heirs of salvation?

The enemy is a fallen angel.

I beheld Satan as lightning fall from heaven.

It is not man who tempts us.

It is the spirit of the enemy, in man, who does.

You can then imagine the battle going on.

Some people can actually "see" the battle going on.

I have, through dreams, and images.

I have heard voices, and sounds of real battle.

I have heard words spoken.

I wrote them all in my 22 nonfiction books on spiritual warfare.

I know what addiction is.

Even as they may seem benign to others.

What I didn't touch were drugs, and alcohol.

I wanted my brain sharp, for there's a real battle going on.

I wanted to know what was going on.

The enemy knew I was "awake", and aware.

Before GOD made me born again, the attacks became ESPECIALLY vicious.

It happens when I'm asleep.

Satan and his minions wait in ambush, each time.

Now that I've been born again close to 35 months, it's mostly gone.

I lived, to tell you.

The greatest deception, is that Satan makes YOU think he doesn't exist.

He wants you to think you're imagining things.

He's got lots of minions.

He's got TONS of methods.

He's got many devices.

Anything to mock GOD with.

Anything to destroy people with.

Anything to create chaos, and havoc.

He accuses us before GOD, all the time.

10 And I heard a loud voice saying in heaven,

and the kingdom of our God,

and the power of his Christ:

for the accuser of our brethren is cast down,

which accused them before our God day and night.

His spirit roams the earth.

7 And the Lord said unto Satan,

Then Satan answered the Lord,

From going to and fro in the earth,

and from walking up and down in it.

Addiction is one of Satan's devices.

As they say, "Forewarned, is forearmed."

Be aware of your sins.

Put on the FULL armor of GOD.

Put your trust in JESUS.

The enemy trembles before GOD:

19 Thou believest that there is one God;

Know JESUS, and you will know the enemy.

For he is the COMPLETE opposite of our LORD.

The enemy has many devices.

The LORD's device, is SCRIPTURE.

Find your strength, life, and salvation from it.

ALL battles are SPIRITUAL battles

On Knowing the Enemy of Christ

WHY do people get addicted?

James 3:17 King James Version 17 But the wisdom that is from above  is first pure,  then peaceable,  gentle,  and easy to be intreated,  f... 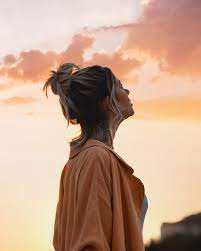 2 Corinthians 7:1 King James Version Having therefore these promises, dearly beloved, let us cleanse ourselves from all filthiness of the flesh and spirit, perfecting holiness in the fear of God.

Why BELIEVE in SCRIPTURE? 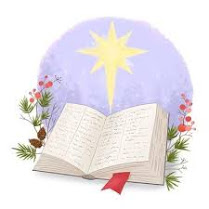 Leila Casusi
The work I do, is share GOD's WORD with you. 1 Thessalonians 5:23 King James Version 23 And the very God of peace sanctify you wholly; and I pray God your whole spirit and soul and body be preserved blameless unto the coming of our Lord Jesus Christ.